Beef cattle production represents the largest single segment of American agriculture. The U.S. beef industry is made up of more than one million businesses, farms and ranches. Beef production is a family affair. In fact, 97 percent of beef cattle operations in the U.S. are family owned.

This page includes information and insights into beef production, including environmental considerations, technologies, supply, and nutrition.

Beef production begins with a cow-calf producer who maintains a breeding herd of cows that raise calves every year. When a calf is born, it weighs 60-100 pounds. Beef calves are weaned at six to 10 months-of-age when they weigh 450-700 pounds.

Calves leave their ranch or farm of origin between six and 12 months-of-age. Younger or lighter-weight calves may be sent to a backgrounder or stocker feeder who continues to graze them on grass or other forages until they are 12 to 16 months old. Both the cow-calf and stocker segments graze cattle on range and pastureland that is largely unsuitable for crop production. In fact, about 85 percent of U.S. grazing lands are unsuitable for producing crops, and grazing animals on this land more than doubles the area that can be used to produce food.

Most beef cattle spend approximately four to six months in a feedlot just prior to harvest where they are fed a grain-based diet. At the feedlot (also called feed yard), cattle are grouped into pens that provide space for socializing and exercise. They receive feed rations that are balanced by a professional nutritionist. Feedlots employ a consulting veterinarian, and employees monitor the cattle’s health and well-being daily. Feedlots are efficient and provide consistent, wholesome and affordable beef using fewer resources.

Once cattle reach market weight — typically 1,200-1,400 pounds and 18 to 22 months-of-age — they are sent to a processing facility to be harvested. U.S. Department of Agriculture (USDA) inspectors are stationed in all federally inspected packing plants and oversee the implementation of safety, quality and animal welfare standards from the time animals enter the plant until processed beef products are shipped.

Advancements in animal production practices mean that cattle can be raised much more effectively than in the past. Producers’ time-honored traditions of animal care and stewardship are ever-expanding to include the most recent scientific advancements that keep cattle healthy and the beef supply safe. 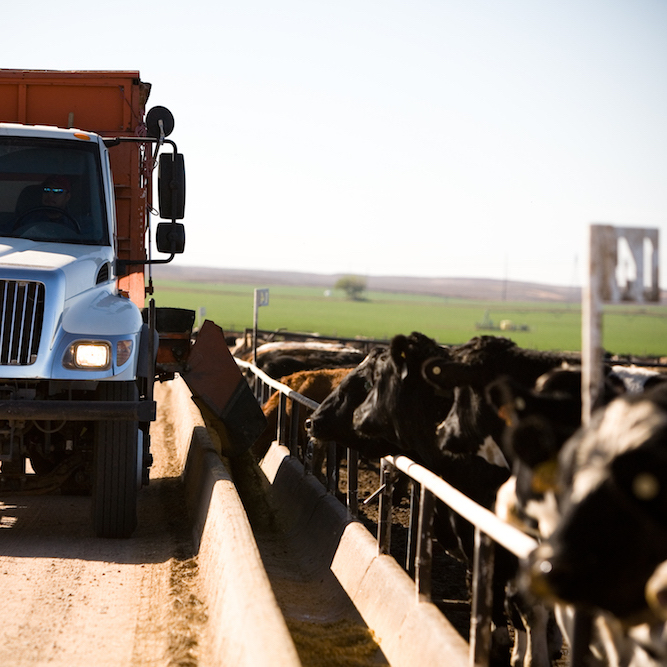 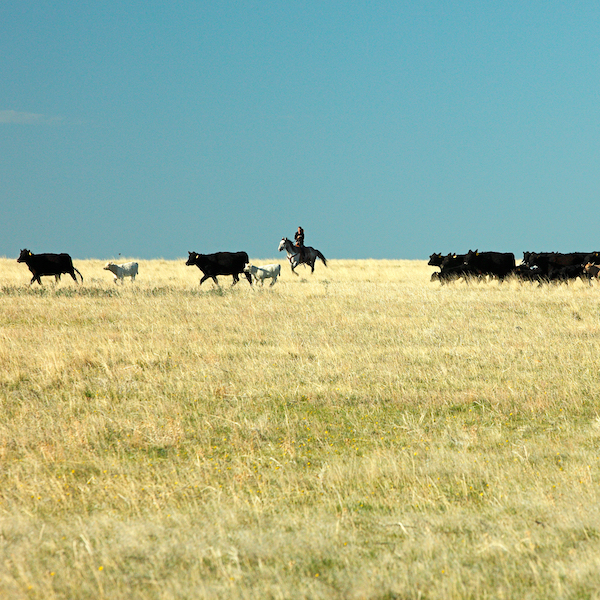 Beef Production and the Environment

For America’s beef producers, the land is their livelihood and their legacy. They carefully follow science-based best management practices to protect our country’s natural resources for future generations. In fact, beef producers have led conservation efforts proving that raising cattle and environmental stewardship go hand-in-hand.

Clean, plentiful water is critical for the economic survival of the industry. Beef producers protect this valuable resource because it’s vital to the success of their business, and it’s a government requirement. Large feedlot owners have a dedicated environmental engineer either on staff or on contract to ensure their operation is in compliance.

An Iowa State University study shows that beef animals finished in a conventional feed yard using grain-based rations and growth-enhancing technologies are three times more land efficient than organic or grass-fed beef animals. Conventional feed yard production technologies make the most efficient use of total farmland resources. In fact, if 1950s technology were used to raise beef today, 165 million more acres of land would be needed. This is particularly important considering that the global demand for food will double by 2050. 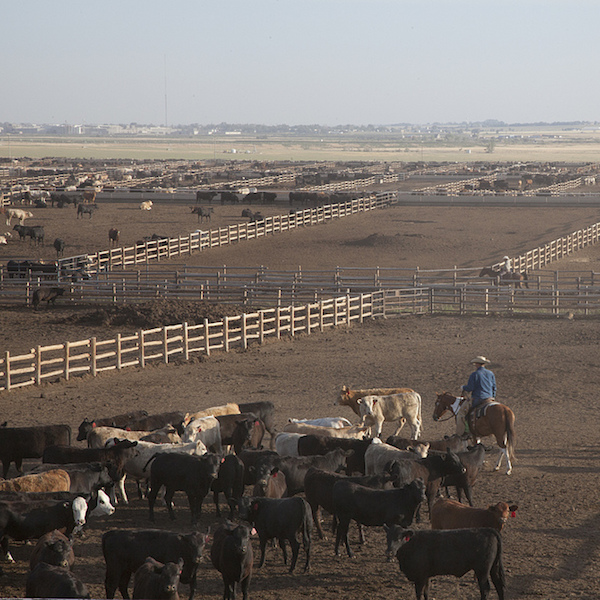 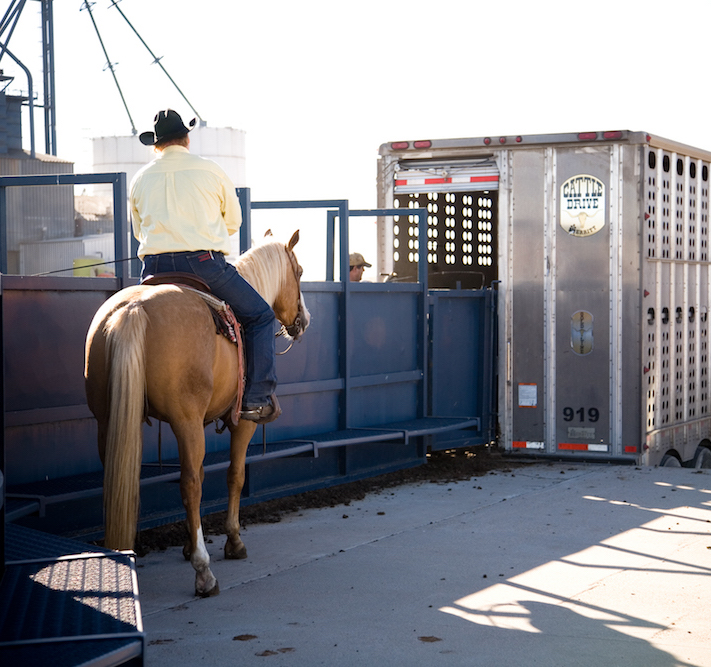 Conventional beef-production technologies, including growth-promoting implants, ionophores and beta-agonists play a critical role in U.S. beef production. They significantly increase the volume of beef produced while conserving natural resources and reducing production costs across all segments of the industry. The result is more affordable beef for consumers and increased consumer demand.

A recently completed economic analysis of the impact of these technologies on U.S. beef production costs showed that if the use of growth-enhancing technologies were discontinued, there would be an 18 percent decrease in beef produced and an 11 percent increase in retail beef prices. 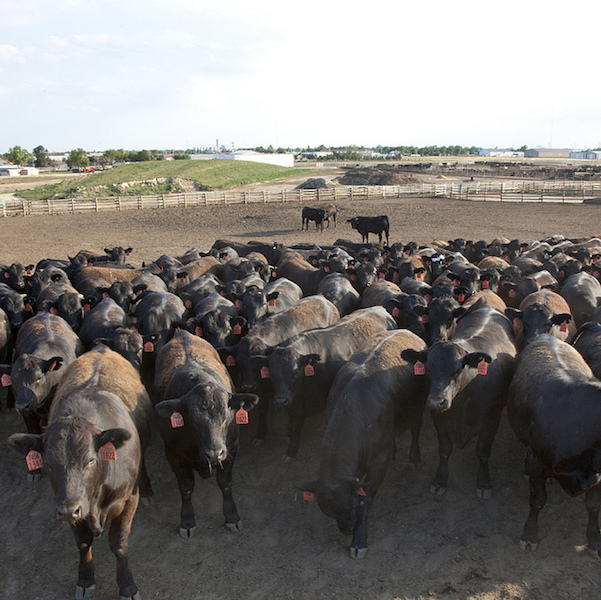 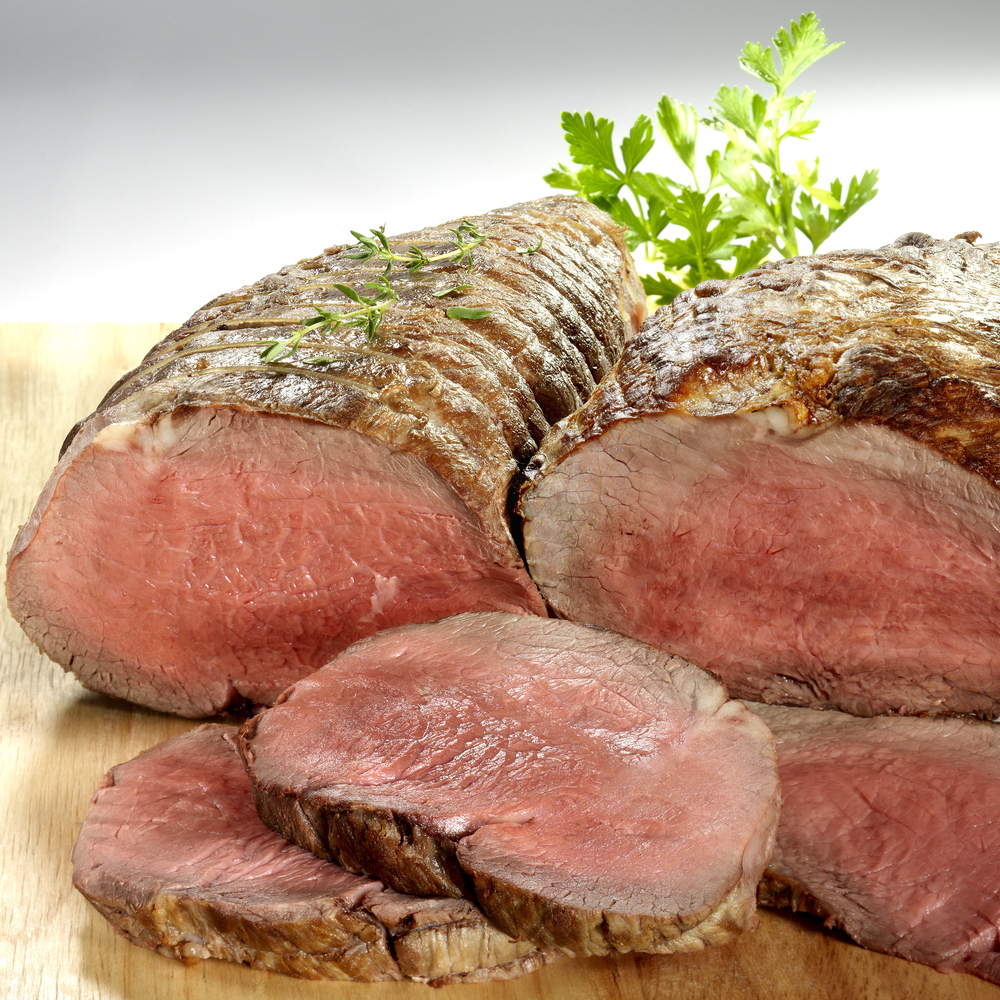 The Nutritional Advantages of Beef

Today’s beef simply is not your father’s steak. The beef Americans love is leaner than ever before and good for you, too.

Twenty-nine cuts of beef meet government guidelines for lean, including consumer favorites like tenderloin, sirloin and 95% lean ground beef. These cuts have less than 10 grams of total fat. Additionally, 20 of the 29 lean beef cuts have, on average, only 1 more gram of saturated fat than a skinless chicken breast per 3-ounce serving.

Beef is a premier naturally nutrient-rich food, helping you get more nutrition from your calories. Beef has eight times more vitamin B12, six times more zinc and two and a half times more iron than a skinless chicken breast.